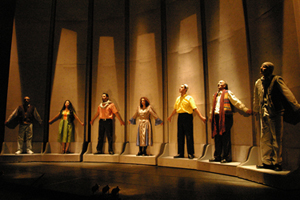 Noboru Tsubaki (2004–05) Radikaldialogue      This exhibition presents the most recent works by Noboru Tsubaki (born 1953), an internationally renowned artist representative of contemporary Japanese art.  It opens with a beautiful painting of a cloud, created in homage to Stanley Kubrick’s 1964 film Dr. Strangelove or: How I Learned to Stop Worrying and Love the Bomb, and continues with photographs taken in abandoned mines around the world, documentary footage of a festival of sacrifice in a foreign culture, and suggestions on dismantling the Israeli West-Bank barrier and reusing it as an office instead.  Tsubaki communicates the message that the only way to understand the other (such as foreign cultures) is through extremely straightforward dialogue, and that it is impossible to build a peaceful future without this dialogue.  The exhibition will give us hope in the power vested in art to change society.

Exhibition dates
Tuesday, February 17 – Sunday, March 29, 2009
Please note that the 4F Collection Gallery will be closed during this period (until March 31).


Ken’ichi Iwaki, “The Metaphysics of Desire: Essay on Noboru Tsubaki”
English-language translation of the essay included in the exhibition catalogue.
PDF (215KB) 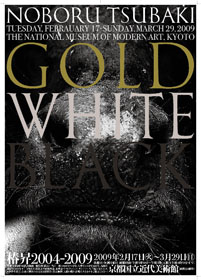 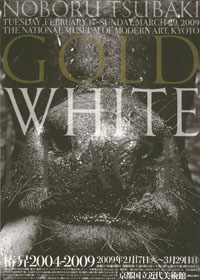