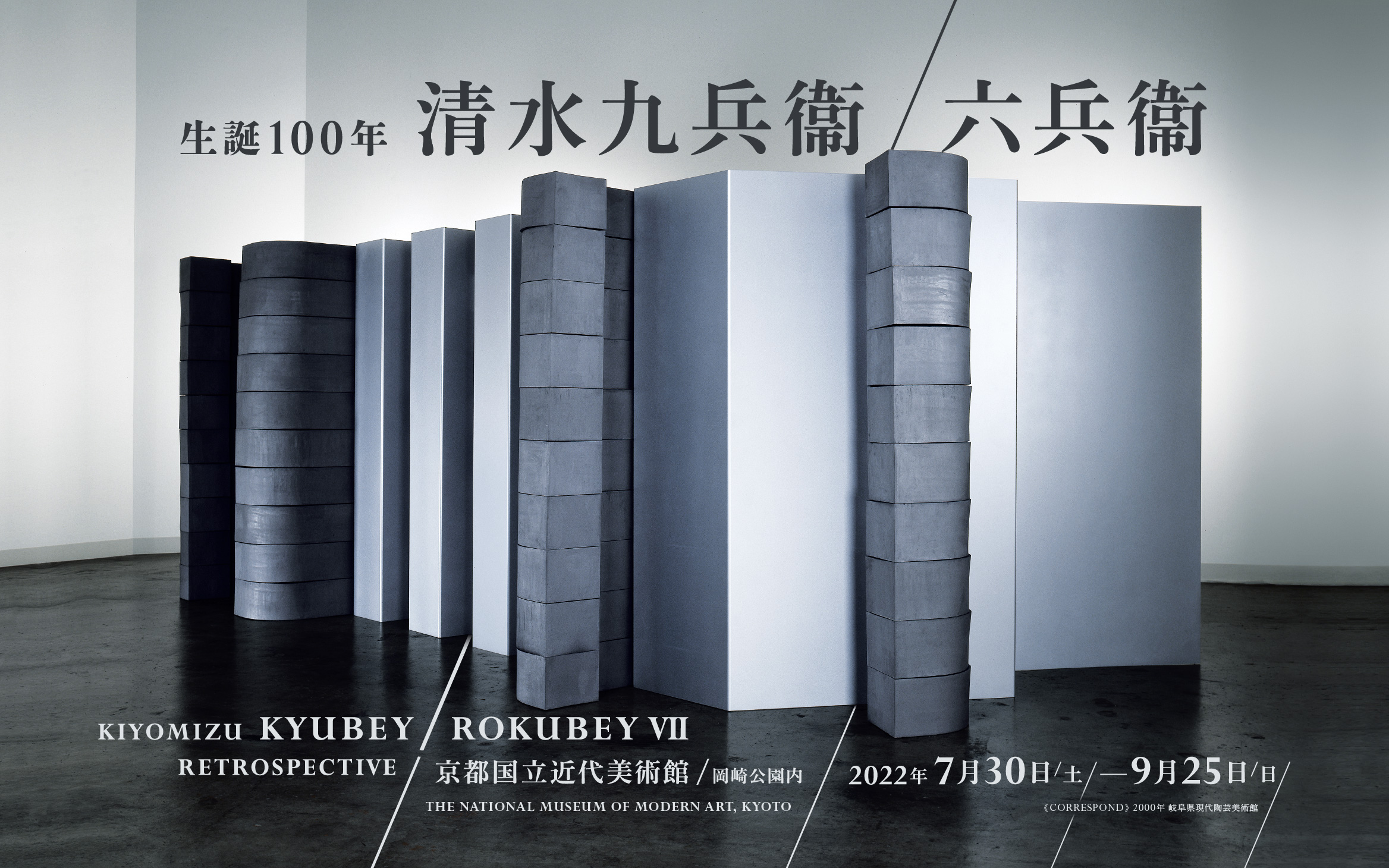 Kiyomizu, the third son of Tsukamoto Takejuro, was born in Nagoya in 1922. After fighting in the Battle of Okinawa, he was discharged from the army and studied metal casting at Tokyo University of the Arts (and prior to that at its precursor, Tokyo Fine Arts School). In 1951, Kiyomizu entered the world of ceramics as the adopted heir of Kiyomizu Rokubey VI. As he gained recognition, however, Kiyomizu grew increasingly interested in the relationship between things and spaces, and in 1966, he showed his first sculptural works. In 1968, Kiyomizu adopted the name Kyubey, distanced himself from ceramics, and began devoting himself to sculpture, primarily made with aluminum. Kiyomizu’s works, which came to be installed on sites throughout Japan, exude his creative ethos of achieving an affinity between structure, material, and space.

When Rokubey VI suddenly died in 1980, Kiyomizu assumed the name Rokubey VII. In his works as Rokubey VII, Kiyomuzu intentionally utilized the physical properties of clay and the distortions that arose in the firing process. Based on these experiences, Kiyomizu forged works that combined ceramic and aluminum, or washi paper and lead crystal, signaling a new phase in his career as Kyubey / Rokubey.

In addition to ceramic works and sculptures, this exhibition, made up of approximately 170 works, includes related documents, such as Kiyomizu’s photographic works, and drawing plans and maquettes for his sculptures, in a retrospective that spans his entire life.

Admission Adults: 1,200 yen (1,000 yen)
University students: 500 yen (400 yen)
* Figures in parentheses are groups of 20 or more and Night discount on Fridays after 6 P.M.
* High school students and younger are free (with valid ID).
* Visitors with disability and one person accompanying them are admitted free of charge. (Please present certificate at the admission.)
* Collection gallery exhibition is available with this ticket.

The National Museum of Modern Art, Kyoto
The Kyoto Shimbun 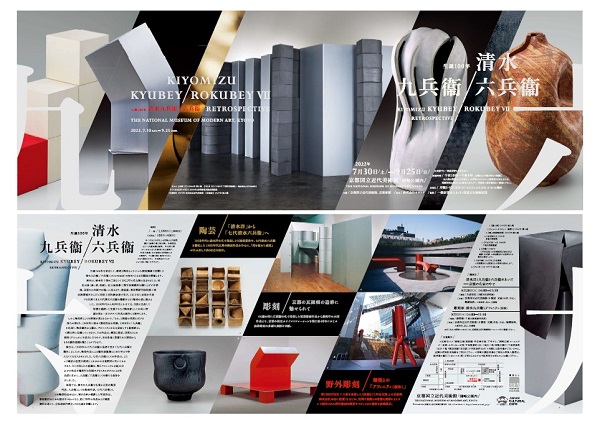