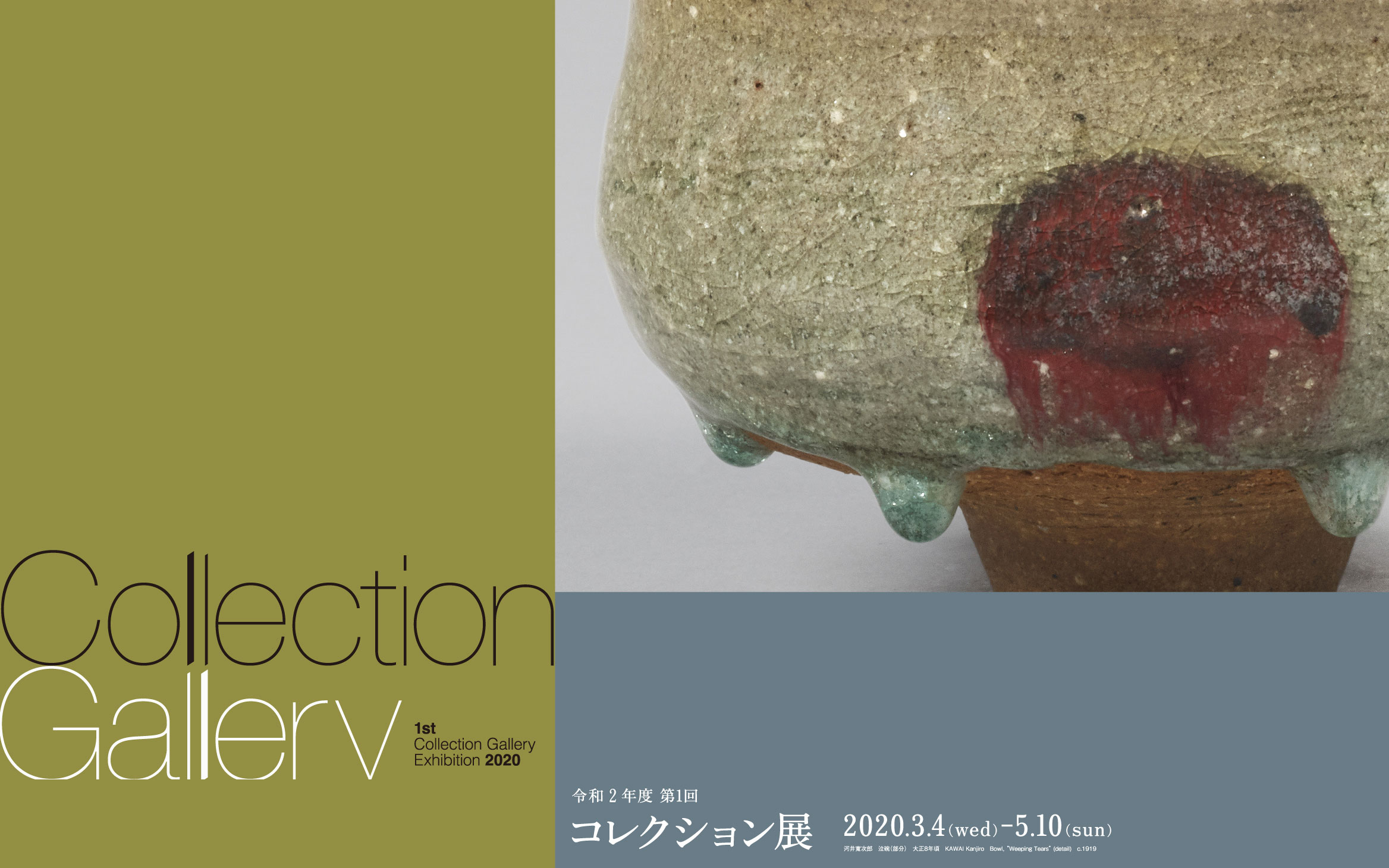 Yamaguchi Hachikushi: The 130th Anniversary of the Artist’s Birth

Yamaguchi Hachikushi (birth name Naonobu, also known by Shoyu, Sanjudo and other names) was born in Kyoto City in 1890. In 1909 he graduated from the Kyoto Municipal School of Fine Arts and Crafts and entered the Kyoto Municipal Specialized School for Painting, from which he graduated in 1912. His classmates included Sakakibara Taizan, Hitomi Shoka, Fudo Ritsuzan and Moritani Nanjinshi (only at the Kyoto Municipal School of Fine Arts and Crafts). While continuing to paint in the Maruyama - Shijo School style he had studied at both schools, he began writing haiku under the influence of his aesthetics teacher, the Shiki school haiku poet Nakagawa Shimei (Jurei), and published illustrations accompanied by poems in the haiku magazine Kakeaoi in 1920. He became known as a “haiga artist” for works such as his cover art for the haiku magazine Hototogisu. In 1919 Hachikushi moved to Nagasaki in pursuit of a love interest, and was powerfully impressed by natural scenery unlike any he had ever seen. Hoping to grasp the true essence of nature, he embarked on a peripatetic lifestyle of traveling and painting. He soon achieved results with works such as Crinums, shown at the 3rd Teiten (Imperial Exhibition) in 1921, and Unzen Steam, shown at the inaugural Japanese Nanga and Sumie Art Exhibition. Hachikushi formed the Kohansha group with the Chinese literarure scholar Aoki Masaru and others circa 1922, and there he heard a talk by the literati painter and calligrapher Tomioka Tessai. After encountering Tessai’s work and the art of Chinese painters, he subsequently showed work at both exhibitions mentioned above while independently pursuing a nanga or literati painting style and becoming a member of the Japanese Nanga and Sumie Art Academy. He was highly active and there were great expectations for his future, but he died of tuberculosis at the early age of 42 in 1933.

This year marks the 130th anniversary of Yamaguchi Hachikushi’s birth. To celebrate it, this special exhibit looks back on Hachikushi’s short but brilliant painting career by presenting all of his works in the museum’s collection along with works by Nihonga painters strongly connected to him, including Mizukoshi Shonan, who was also a member of the Japanese Nanga and Sumie Art Academy at the same time; Ogawa Usen and Hirafuku Hyakusui, who like Hachikushi are known for their cover art for the Hototogisu haiku magazine; Hashimoto Kansetsu, who traveled to China with him in 1923; Tomita Keisen, who was a well-known Kyoto haiga artist at the same time as Hachikushi; Tomioka Tessai, who influenced the artist at Kohansha, and fellow Kohansha member Kondo Koichiro; and Fukuda Heihachiro, who was six years behind Hachikushi at his alma mater and became a devotee of his paintings, later organizing a posthumous exhibition of him. 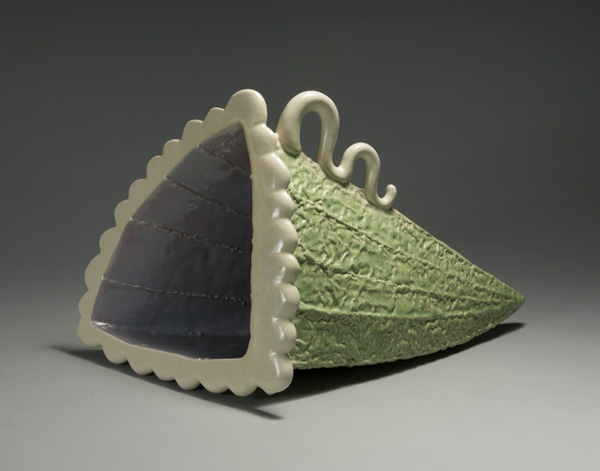 In conjunction with the special exhibition now on view, we are pleased to present European decorative arts from the museum’s collection. In 1970 we held the exhibition Contemporary Ceramic Art - Europe and Japan, and since then we have held a wide variety of exhibitions featuring international ceramics, fiber work, glass, jewelry and other crafts. Through these exhibitions we have been able to enhance our collection, and these works from outside Japan not only have their own intrinsic appeal, but also act as mirrors that throw light on the nature of Japanese crafts.

It is well known that in Europe the distinction between pure and applied art is clearer than in Japan, and the spirit of craftsmanship has evolved based on that tradition. However, in modern times crafts have not been unrelated to the art and design movements of the day, and many creators of crafts have actively dealt with the same issues that concerned their contemporaries in the fine arts. In that sense, artists’ freedom of creative thought blurs the boundaries between what we call “crafts” and other art forms, and possibilities for free exchange and connection with other fields can be seen. This is evident in many craft works that are rooted in personal experiences, feelings, and ideas, and those that have social implications. In contrast to the European decorative arts, in Japan, where Western art and its concepts were only introduced in the modern era, the framework of “crafts” as distinct from other arts solidified as pre-modern styles drastically changed and genre categories were clarified, and this contributed to the unique nature of Japanese crafts and their emphasis on handcraft and material.

This exhibit shows only one facet of European crafts, but we hope you will enjoy seeing the way in which crafts expanded through the multifarious viewpoints of its creators. 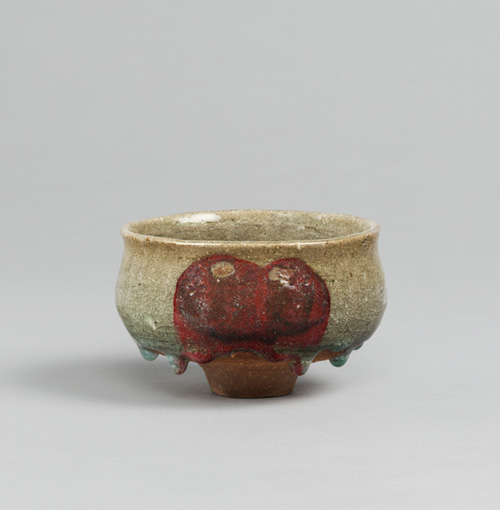 The Kawakatsu Collection, which includes a grand-prize winning piece from the 1937 Paris International Exposition, constitutes the most substantial public collection of Kawai Kanjiro’s works in terms of both quality and quantity.

The collection was donated to the museum by the businessman Kawakatsu Kenichi in 1968. When a museum curator went to see Kawakatsu’s huge collection of Kawai’s works, which placed an entire space of his house, he said, “Choose as many as you like.” In the end, 415 items were selected. Along with three pieces that Kawakatsu had previously donated to the museum and seven others that were subsequently added to address a lack of Kawai’s early works, the collection eventually totaled 425 works. Made up of important works by the artist, stretching from his first efforts, which were modeled on Chinese porcelain, to his final pieces, made after his involvement with the Mingei movement, the collection is truly a chronological encyclopedia of Kawai’s ceramics that spans his entire career.

Kawakatsu (1892-1979), who assembled the collection, worked as the advertising manager at the Tokyo branch of Takashimaya Department Store as well as serving as the store’s general manager, and the senior managing director of the Yokohama branch. In his role as a member of the Ministry of Commerce and Industry’s craft examination committee, he also strove to foster craft designs.

Kawai’s long friendship with Kawakatsu began when he went to meet the artist at the station when Kawai traveled to Tokyo for a meeting regarding the 1st Creative Ceramics Exhibition, which was held at Takashimaya in 1921. Immediately sensing that they were kindred spirits, Kawakatsu began collecting Kawai’s works. Reminiscing about the collection, Kawakatsu said, “It wasn’t merely based on my personal taste. Sometimes Kawai would make works for the collection and he also chose lots of pieces for it.” He added, “It was the crystallization of our friendship.” 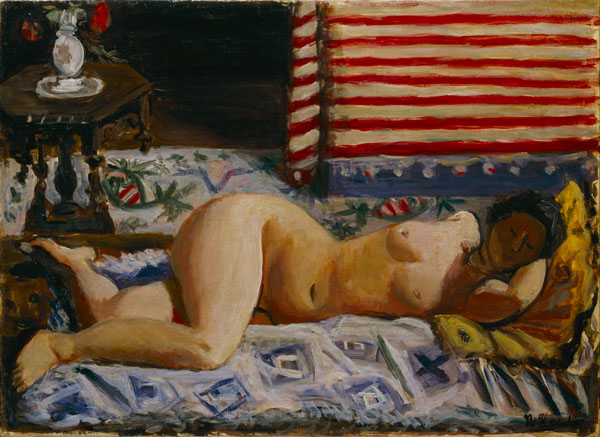 Clothing, everyday items, and the spaces we live in are often decorated with various patterns. Patterns can make our lives more vibrant, or more tranquil. Naturally, paintings that portray people and the environments they occupy will include such patterns, but this can be surprisingly troublesome, as paintings and patterns are similar in that they are both planar and composed of shapes and colors. Just as “paintings within paintings” can confound the viewer, patterns depicted in paintings can be confusing. In traditional Western realist painting, skillful manipulation of shading and perspective could invalidate the inherent power of a pattern and subordinate it to the painting, but in the 20th century painters such as Henri Matisse came to celebrate the decorative, and painted people, objects, and patterns on an equal footing as if to confound the viewer intentionally.

One could say that in traditional Japanese painting, the subjects portrayed and patterns appearing in the paintings were difficult to distinguish, but from the Meiji Era (1868-1912) onward, artists learned from the realism of Western painting and clearly separated pattern and painting. Then, when styles that brought pattern and painting closer together emerged in the West, they learned from these as well. The issue of how patterns are expressed in painting seems to have much to say about the nature of “modernism” in Japanese painting. Here, we present a variety of Japanese Western-style paintings from the museum’s collection in which patterns are a prominent feature.

Themes of Exhibition Yamaguchi Hachikushi: The 130th Anniversary of the Artist’s Birth
European Crafts
Selected Works of KAWAI Kanjiro from the KAWAKATSU Collection
Decorative Patterns in Painting
[Outside] Outdoor Sculptures

Night Discount for Collection Gallery Adult: 220 yen
University student: 70 yen
*The Discounted admission is only available after 5 P.M. on Fridays and Saturdays
*Admission until 30 minutes before closing.

In conjunction with... Curatorial Studies 13: Laboratory of Czech Book Design 1920s-1930s
From the Collection of Nakanoshima Museum of Art, Osaka

Back to Top of Collection Gallery