Nino Caruso (1928–2017), one of the most prominent figures in 20th-century Italian ceramics, dealt with themes such as mythology and symbolism in his work. At the beginning of his career, Caruso made ornamental vessels related to memories of his hometown. Gradually, through the use of forms such as walls, columns, and gates, which recalled Roman ruins, he began constructing spaces that forged a link between ancient and contemporary. This led Caruso's work to be highly acclaimed throughout the world, including Japan. In this exhibition, the first full-fledged retrospective ever to be held in Japan, we examine Caruso's achievements through approximately 90 of his most significant works and numerous documents, including designs and sketches.

Admission Adult : 1,000 yen (800 yen)
University students：500 yen (400 yen)
* ( )Figures in parentheses are advanced ticket, a group of 20 or more and night discounts (Fri. / Sat. after 5 PM).
* High school students or younger are free.
* Collection gallery is available with this ticket.
* Visitors with disability and one person accompanying them are admitted free of charge. (Please present certificate at the admission.)
* Advance tickets are available until January 3. 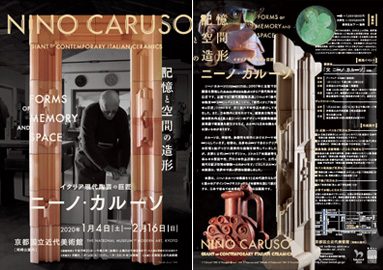 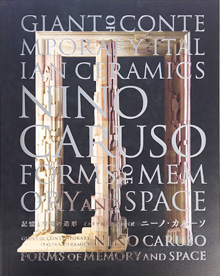