Foujita: A Retrospective
Commemorating the 50th Anniversary of his Death

This large-scale retrospective marks the 50th anniversary of the death of Foujita Tsuguharu (1886–1968), a Japanese painter who lived all over the world. Born in the late Meiji Period, Foujita moved to Paris in his late 20s, and enjoyed a brilliant career there for the next two decades. Although he showed many war-record paintings in Japan during World War II, Foujita left the country again in 1949, and returned to Paris the following year. Eventually becoming a French citizen, he spent the rest of his life in Europe. In addition to presenting a selection of the artist's nudes, distinguished by his trademark "milk-white" backgrounds, this exhibition includes works that have never been shown in Japan as well as some that have only rarely been exhibited.

List of Works Foujita: A Retrospective Commemorating the 50th Anniversary of his Death

Admission Adults : 1,500 yen (1,300 yen)
University students: 1,100 yen (900 yen)
High school students: 600 yen (400 yen)
* Figures in parentheses are advanced ticket and a group of 20 or more.
* Junior high school students or younger are free.
* Collection gallery is available with this ticket.
* Visitors with disability and one person accompanying them are admitted free of charge. (Please present certificate at the admission.)
* Advance tickets are available between Sept. 1–Oct. 18, 2018 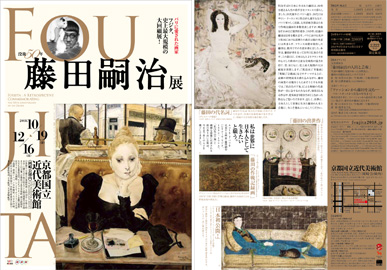 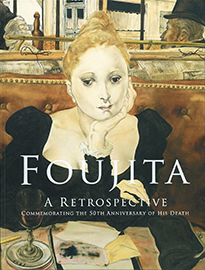