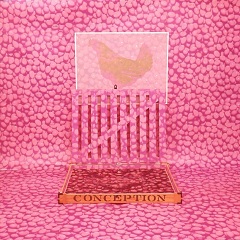 Six years have passed since the death of the artist Shoichi Ida (1941–2006), who worked on countless exhibitions and projects on an international level, while remaining based in Kyoto. In the Fall of 2011, the National Museum of Modern Art, Kyoto received a gift of 261 prints and 1 oil painting from the Ida Shoichi Studio and the artist's family.
Shoichi Ida made a vast number of excellent prints throughout his artistic career. Needless to say, he is one of the most important printmakers in the story of the so-called "Golden Age of Contemporary Prints", or the development of Japanese contemporary prints and the process of their gradual attainment of an international contemporaneity over the course of the late sixties and early seventies. Furthermore, during the three decades that followed, Ida not only continued his printmaking but also worked very freely with a variety of materials, including works in oil on canvas, ceramics, bronze, and paper pulp, engaging in a multitiered and, in a sense, philosophical artistic practice and thus producing many works that resonated with the currents in art criticism in Japan at that time. In retrospect, it seems as though his entire oeuvre could be described as a critical dialogue with their contemporary discourse about art. This proves that it is impossible to discuss Ida's practice solely within the context of prints. In spite of this, following many discussions with the artist's family, we have decided to specifically limit our collection of Ida's works to his prints alone. The decision was based on the conviction that his works – particularly the transformation seen in his works especially around 1974–75 and their divergence from conventional prints thereafter – are full of hints in considering the unsolved mystery of what did and did not happen during the "Golden Age of Contemporary Prints" in Japan, or, in other words, the question of whether the issues related to the "Golden Age of Contemporary Prints" in Japan in the late sixties and early seventies are in fact limited to prints alone. 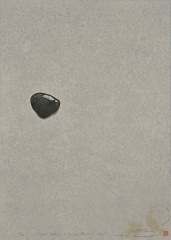 IDA Shoichi
Surface is the Between -
Between Vertical and Horizon
- 'Paper Between a Snowed
Stone and Road' 1981,
The National Museum of
Modern Art, Kyoto
As a student in the Oil Painting course at the Kyoto Municipal University of Art (the present Kyoto City University of Arts), Ida taught himself the technique of lithography, and made brightly-colored, cool prints with little to no emphasis on the body that come across as a backlash against the trends in art of that time, in which individuality, the body, and pathos were lauded. His prints immediately came to the attention of the art world, and he was specifically invited to exhibit his works in two consecutive International Biennial Exhibitions of Prints in Tokyo (1968 and 1970). However, after spending time in Paris and New York in 1969–70, Ida maintained a subtle distance from the frenzy surrounding contemporary prints in Japan, and took part in the challenging practice of making experimental works that seem to be a sort of self-verification of the limits of prints as a mode of expression. Such works as Conception (1974), which went ahead of its time with its use of the technique of installation that later became popularized in the 1980s, and The Spy Surrounds the Spy (1974), in which Ida made fifty different prints using just two plates, can be described as "conceptual models of vision" that go far beyond the clichéd framework of "prints". These works are Ida's response to the self-referential question of the definition of prints – centered on arguments about the problem of originals and their copies (or multiplicity and signatures) – with which those involved in the creation and criticism of contemporary Japanese prints were obsessed. His response can also be understood as his break with contemporary printmaking. As the story that "'anti-art' and 'Gutai' were the main trends of Japanese art in the fifties and sixties, and 'Mono-ha' was that of the seventies" is now gradually becoming fixed, we hope that our studies of Shoichi Ida's prints will encourage the reconsideration of the excellent work of many artists in the late sixties and early seventies that lie outside of this sweeping generalization, and that it will contribute a supplementary footnote to the gaps (or the intermediate regions) within this nearly-established story.

* Phototaking is allowed in this exhibition.


*Collection gallery is available with this ticket.
* Visitors with disability and one person accompanying them are
admitted free of charge.(Please present certificate at the admission.)
*Advance tickets:
Ticket Pia (P-code: 765-115)
Lawson   (L-code:57072)
Other major ticket vendors and convenience stores
*Advance tickets are available for a limited period only. (4/1-5/21) 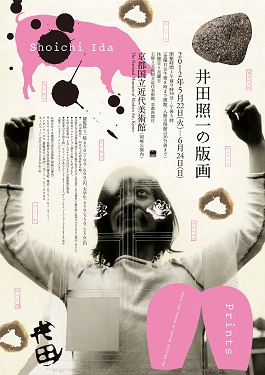 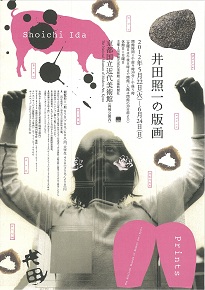 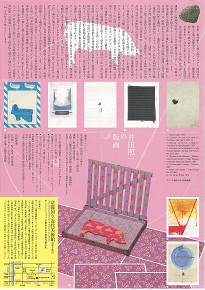