Trouble in Paradise/Medi(t)ation of Survival: Projects

The various projects that comprise Trouble in Paradise/Medi(t)ation of Survival are as follows.  (Details will be added/changed without notice.)


Water Voice Sequence (Project representative: Katsushige Nakahashi)
The water brought by the Lake Biwa Canal not only resolved the drought in Kyoto but also prevented contagious diseases and made the use of electricity possible, brilliantly illuminating the city of Kyoto in the wake of the emperor’s departure from the ancient capital.  This project takes place over the course of the exhibition, wherein volunteer participants connect approximately 25,000 photographs in a space with a view of the Canal flowing alongside the museum to build a large-scale object deeply connected to ‘water.’ 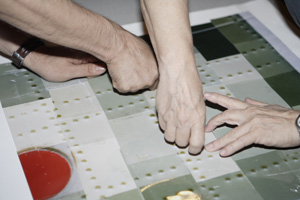 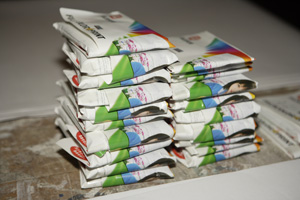 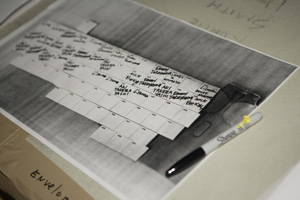 Aqua Café: @KCUA Café (Project representative: Akihiko Inoue)
Molded earth needs water in order to hold its form, and humans need water in order to survive.  The Lake Biwa Canal is the cornerstone of the modernization of Kyoto, and it continues to hydrate and enrich the minds and bodies of the people.  Meanwhile, in the western end of Kyoto, many old houses and bamboo forests are being destroyed to make way for freeway construction.  Approximately 12 tons of Edo-period earth and several dozen bamboos will be carried from this site, and an ‘Aqua Café’ for drinking water will be built in front of the museum as a work in progress using the water from the Canal. 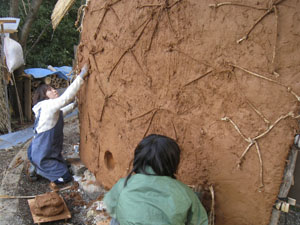 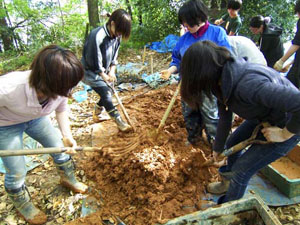 
Related entries in the official weblog:
http://report-on-tip.blogspot.com/search/label/岡崎チャンネル
in Japanese only

Biomusic: Water/Forest/Life/Sound—A Project Based on Fieldwork in the Lake Biwa Canal, the Garden of Heian Jingu Shrine, and the Kosei-no-Mori Forest
David Dunn


This project explores life systems and communication therewith through the collection of sound from sites that have maintained the ecosystem of Lake Biwa over the last 120 years, such as the garden of Heian Jingu Shrine, the Lake Biwa Canal, and Kosei-no-Mori Forest—or the forest located to the west of Lake Biwa—and its bark beetles. A workshop for microphone construction and fieldwork is also scheduled to be held. 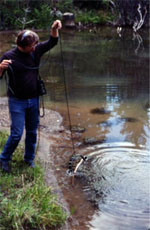 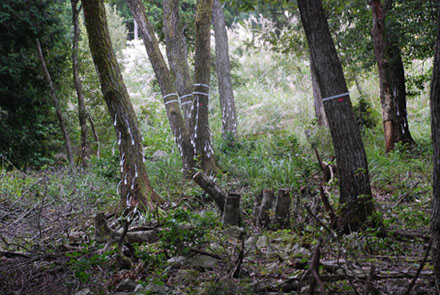 
In the “Bee’s” project, the odor perception of bees is used as a diagnostic tool for human health.  Bees have a phenomenal olfactory sense and can be trained to detect specific odors, such as those of illnesses such as lung cancer, skin cancer, or diabetes (according to Susana Soares).  Through the use of bees in place of the usual instruments of medical science, this project also suggests a new way for humans and animals to coexist. 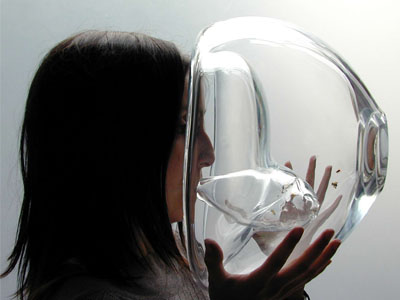 
This project consists of scientific research aiming to explore the emotional response to the experience of color and of sound from the angles of neuroscience and media art through demonstration experiments.  Subjects are placed in a special environment filled with light and sound, and the blood flow in their frontal lobes is measured using the fNIRS (functional near-infrared spectroscopy) method.  An artistic experience in the form of a biofeedback system in which the measurements are analyzed instantaneously, adjusting the colors and sounds in the environment in accordance with changes detected in the blood flow.  The data collected through this experience will also provide a point of reference for further insight into the relationships between emotions and feelings, emotions and the body, emotions and memory, etc. 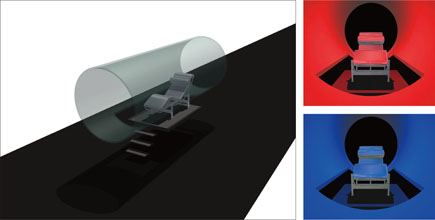 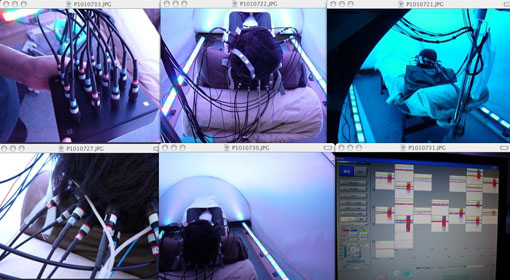 
Related entries in the official weblog:
http://report-on-tip.blogspot.com/search/label/インタラクティブシネマ
in Japanese only


The Blind Climber
Groping one’s way up a steep mountain.  Moving from one hold to another, setting one’s body weight against gravity to draw a single line.  Night and day, up and down, over and over again.  The creation of a place where the blind body can take shape.


Linus’s Walk
This project consists of the creation of a prototype of an instrument that shares the function of Linus’s blanket (discussed in the Research on Perceived Self-Orientation as a Relational Concept) but in a polyhedral form that encourages various body movements—such as climbing, crawling, and lying down—as well as the assessment of the complex, constantly changing relationship between the floor and the body. 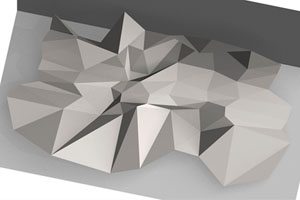 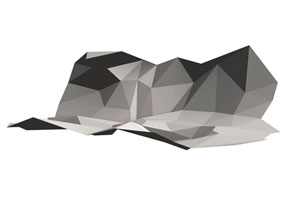 
A round stage (8m in diameter) rotating on two axels and tilting at a two-degree angle confuses one’s sense of the direction of gravitational force and of body axes, creating the unpredictable and subtle sense of being ‘no(w)here,’ or the sense of being ‘here now’ and ‘nowhere’ at the same time.  The changes in one’s brain activity corresponding with the structure of experience/recognition—that is to say, the unification of these various senses, the transformation of the self, spatial self-orientation, corporal schema, etc.—are measured using optical topography.  Also, workshops related to space travel, dementia, gardens, and developmental disorders will be held to renew participants’ systems of perception, interpreting the process through which these elements ‘unsettle relations’ as the very basis of creation and pursuing the possibilities that this interpretation presents. 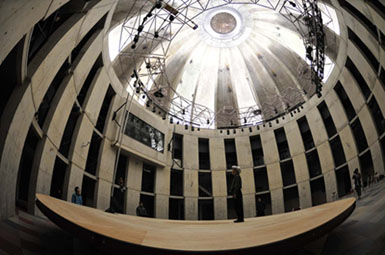 Related entries in the official weblog:
http://report-on-tip.blogspot.com/search/label/回転板
in Japanese only


Typical mid-century American kitchen appliances such as toasters, mixers, and radios are transformed into robots.  The wall senses the facial expression of viewers and modifies its behavior according to their ‘smile degree.’  This acrobatic and comical tea house stands in direct contrast with the meditative space with which we are familiar here in Japan.  THR_33 proposes that as our appliances become smart we will change the way we live and come to think of them, and questions how we will relate to these autonomous and responsive environments and appliances. 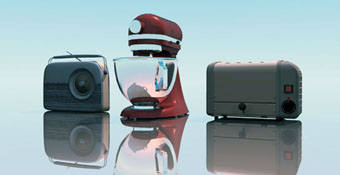 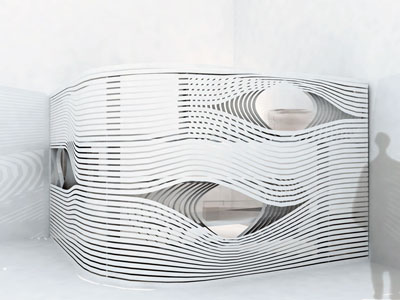