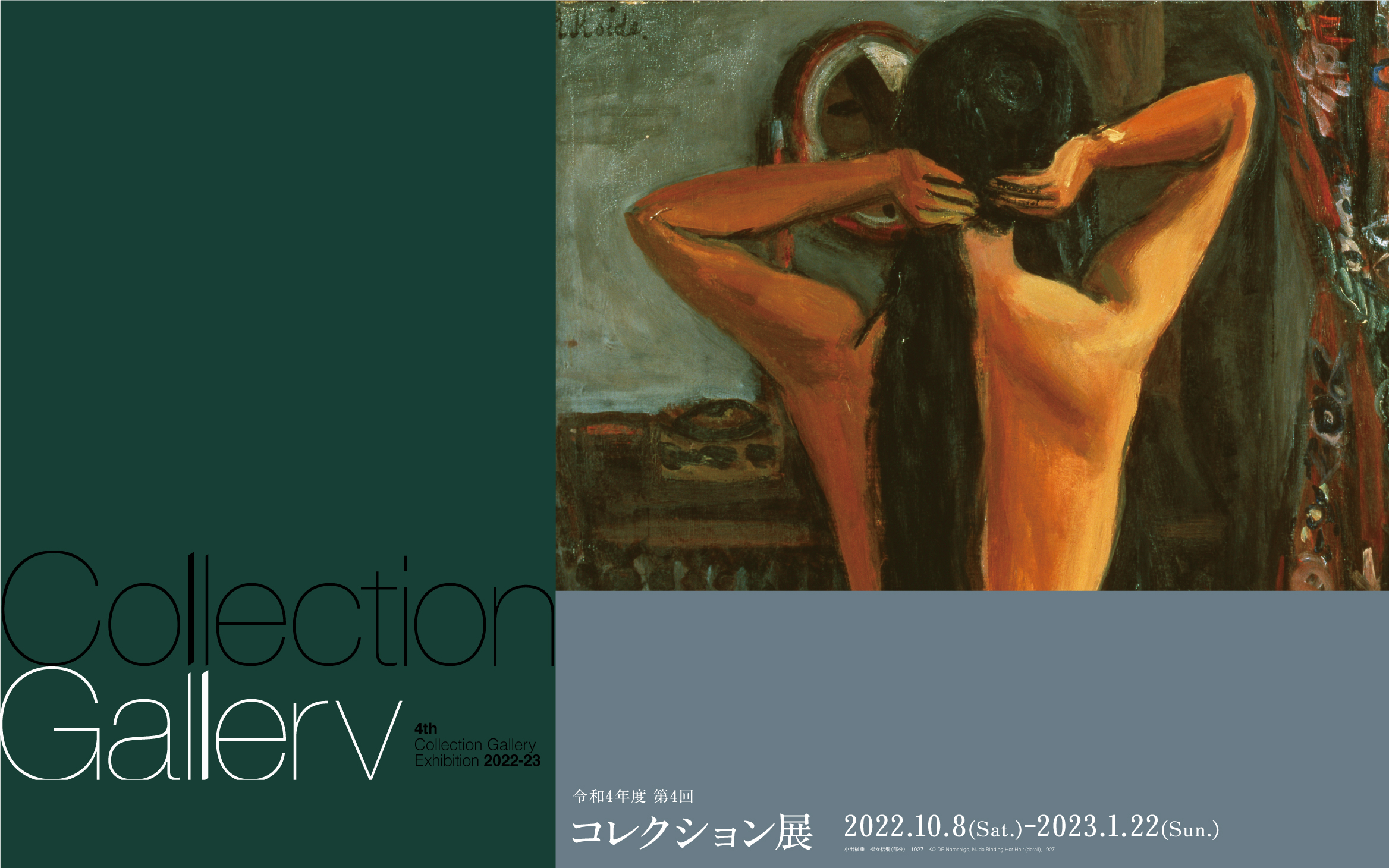 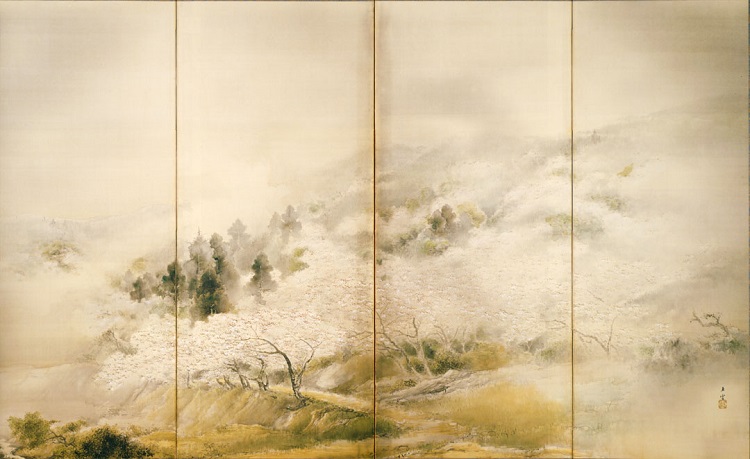 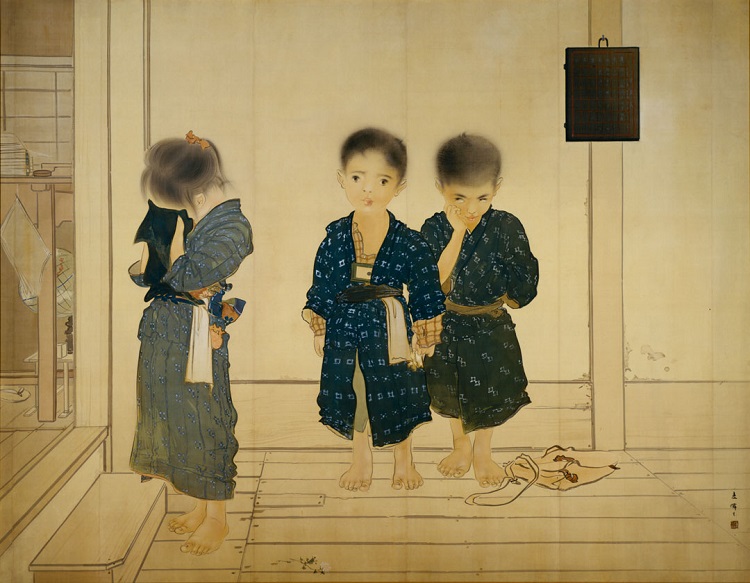 The coronavirus pandemic continues to gain momentum, with Japan seeing a record number of reported cases in August, and continues to affect the activities of museums and galleries. Under normal circumstances, the museum receives many requests to borrow objects from our collection, and we are grateful that they have been viewed in so many other locations. However, since the pandemic struck there has been a series of cancellations of loan requests, and although the number of requests has gradually crept back up, it has not returned to previous levels. Under these circumstances the museum’s Nihonga (modern Japanese-style painting) collection, which is frequently on loan, now slumbers in a storage room. The museum opened 59 years ago, in 1963, and next year will mark its 60th anniversary. In anticipation of this milestone year, and as a prelude to next year’s exhibition, we are pleased to present masterworks that trace the arc of the museum’s Nihonga acquisitions to date.

Works from the Kyoto art world form the core of the Nihonga collection. After the Meiji Restoration of 1868, the Kyoto Prefectural School of Painting was established thanks to the efforts of Kyoto citizens, and after evolving into the Kyoto Municipal School of Fine Arts and Crafts, the Kyoto Municipal Specialized School for Painting, and other forms, it became what are today two institutions, Kyoto City Dohda Senior High School of Arts and Kyoto City University of Arts. Meanwhile, many artists’ groups emerged, including Heigogakai, with participants including Chigusa Soun and Ogawa Sen’yo, pupils of Asai Chu; Kokuga Sosaku Kyokai, or the National Creative Painting Association, members of which included Tsuchida Bakusen, Ono Chikkyo, Murakami Kagaku, Nonagase Banka, Sakakibara Shiho, and Irie Hako; the Pan-Real Art Association, including Hoshino Shingo and Fudo Shigeya; and the Sozo Bijutsu Artist Association, formed by Kyoto and Tokyo painters such as Uemura Shoko, Akino Fuku, Hirota Tazu and Yoshioka Kenji, all of which made for a vibrant Nihonga scene as each group strove for innovation in the genre.

Among the Nihonga painters with works in the museum collection, those selected as Imperial Court artists include Mori Kansai, Kono Bairei, Kishi Chikudo, Imao Keinen, Mochizuki Gyokusen, Takeuchi Seiho, Tomioka Tessai, Yamamoto Shunkyo, and Uemura Shoen, with Takeuchi Seiho earning particular fame as he went on to receive the Order of Cultural Merit, along with Yokoyama Taikan, in the first year it was established. In addition to Seiho, other Order of Cultural Merit recipients include Uemura Shoen, Nishiyama Suisho, Domoto Insho, Fukuda Heihachiro, Tokuoka Shinsen, Ono Chikkyo, Yamaguchi Kayo, Uemura Shoko, Ikeda Yoson, and Akino Fuku. We hope that the museum’s Nihonga collection offers a picture of the essence of the Kyoto art world, which remains extraordinarily active, wide-ranging, and fascinating to this day.

Read More
Photography of the New Bauhaus: A Creative Laboratory Travels from Germany to America 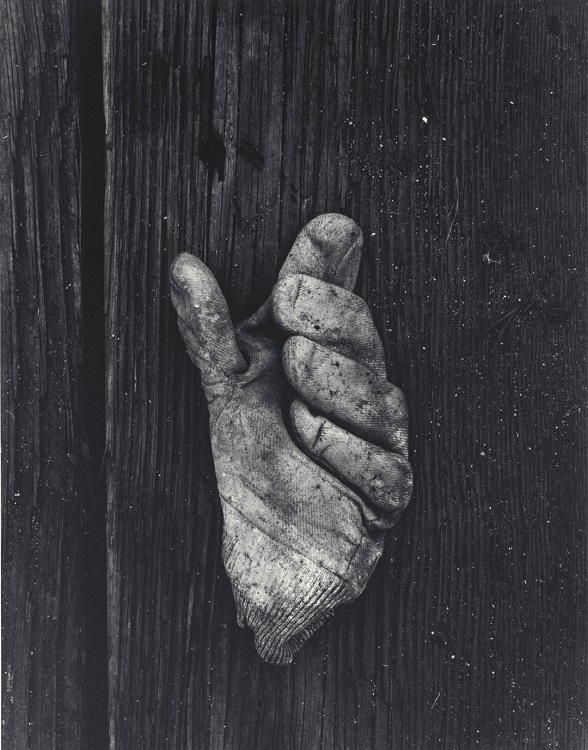 The New Bauhaus was an art school that was founded in Chicago, Illinois in 1937. The school’s first director, László Moholy-Nagy, strove to convey the educational philosophy of the original German Bauhaus to American students through a design and photography-based curriculum. Although Moholy-Nagy died after writing Vision in Motion, a compilation of the design’s school educational practices, his concept of integrating art, science, and technology was carried on by teachers such as the photographers György Kepes, Henry Holmes Smith, Arthur Siegel, Harry Callahan, and Aaron Siskind. Their unique classes were particularly notable for focusing on the phenomena of light and movement in photography.

In 1938, the New Bauhaus underwent an organizational change to become the School of Design / Institute of Design before merging with the Illinois Institute of Technology in 1949. The school remained a center for photography education, which produced countless outstanding photographers, until the 1960s.

Like Moholy-Nagy, Josef Albers had taught at the Bauhaus in Germany prior to accepting a teaching post at Black Mountain College in the U.S. state of North Carolina. Black Mountain College is known for cultivating artists who later emerged as leaders of postwar American art such as Robert Rauschenberg and Willem de Kooning, but also invited Callahan and Siskind to teach classes in the summer. It was in this way that the Bauhaus educational model traveled from prewar Europe to postwar America, and served as a foundation for new creative expressions in a wide range of genres.

The Gilbert Collection, which stands at the core of the museum’s photography holdings, includes numerous important works by photographers who were associated with the New Bauhaus. This is rooted in the fact that the original owner of the collection, Arnold Gilbert (1921-2004), was close friends with many of the Chicago-based photographers of the era and collected their works. In this exhibition, we present a selection of works of Chicago photographers, another highlight of the Gilbert Collection. 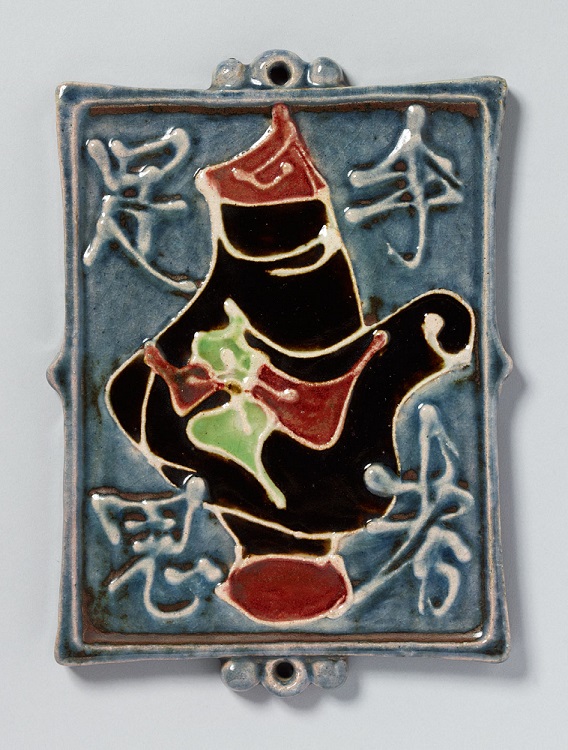 Art museums thrive with the support of distinctive collections amassed by private collectors, and this museum is no exception. Here we are pleased to showcase two of these, the Shibakawa Collection and the Kawakatsu Collection.

Shibakawa Terukichi (1871-1923) was adopted into the family that ran Shibakawa Shoten, a woolen textile business in Osaka, and was known as a patron of modern Western-style painters and craft artists. In 1906 he became acquainted with Ishii Hakutei, who taught drawing and painting to Shibakawa’s children, and began to support him while also forging friendships with other artists of the time. Hakutei later recalled, “He was an ideal patron of artists, never making them feel constrained in any way.” In addition to artists associated with the magazine Hosun, works by members of the Sodosha group, particularly Kishida Ryusei, occupy an important place in the collection. In addition, his collection of crafts, characterized by direct and unfettered expression of the artists’ vision, includes notable works by Fujii Tatsukichi, with whom he evidently associated in 1913. Shibakawa used these items in daily life, and they can be said to embody the creators’ goal of crafts as a comprehensive art form.

Meanwhile, the Kawakatsu Collection features 425 works by Kawai Kanjiro. Kawakatsu Kenichi (1892-1979), head of advertising (later Director and General Manager) at Takashimaya’s Tokyo Branch, met Kawai in 1921 at his first solo exhibition at Takashimaya. After Kawai’s highly acclaimed debut with delicately crafted works influenced by Chinese ceramics, his style began to change around the mid-1920s as he was plagued by doubts about how to proceed, but Kawakatsu gave him unwavering support. In gratitude for this support, Kawai held solo exhibitions at Takashimaya on a regular basis, and eventually the Kawakatsu Collection became “an encyclopedia, including Kawai’s most important works from throughout his career and conveying the entire scope of his oeuvre.” Kawakatsu made his home, which he named Ekirakuso, into a salon to display his collection, but after Kawai’s death he decided to donate the collection so it could be enjoyed by all. This exhibition focuses on works featured in the book Notable Works from the Kawakatsu Collection (Heibonsha, 1971). 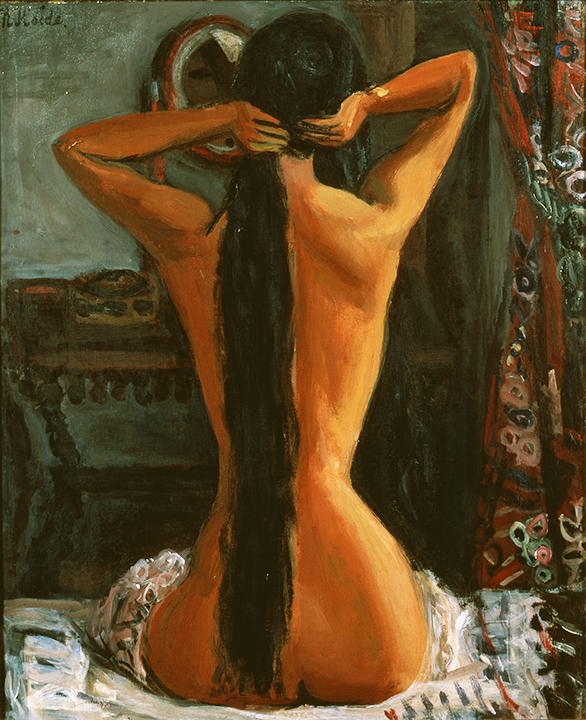 Koide Narashige (1887-1931) was born into a merchant family in Osaka, and while growing up steeped in traditional culture such as calligraphy, painting, and theater, was also surrounded by the cheap and gaudy attractions of the entertainment district near Dotonbori. He graduated from the Western-style painting department of Tokyo Fine Arts School with aspirations to become an oil painter, and from 1919 onward he frequently presented works in the Nika Art Exhibition that were highly lauded. When he went to Europe to study from August 1921 to April 1922, he felt that life abroad did not suit him, but at the same time realized that Western art was rooted in the Western way of life. He subsequently changed his own lifestyle to a more Westernized one, and his painting style changed accordingly. Especially after he built a Western-style studio in Ashiya, Hyogo Prefecture in 1926, he lived a thoroughly Western lifestyle while producing numerous masterworks. It was during the last five years of his life that he began actively working with the quintessential Western subject of the nude, and it is interesting that his prolific output in this genre, which earned him the nickname “Narashige of the Nudes,” was concentrated during this short period of time.

Among Koide’s nudes, Nude Binding Her Hair is especially praised as a masterpiece, and it is now part of the museum’s collection. In addition to this work, two oil paintings by Koide from the museum’s collection and a drawing entrusted to the museum, all of which are from approximately the same period, will be shown here to commemorate the new acquisition. One of the oil paintings is a still life, while the other depicts a nude female figure, as does the drawing. We hope that the stylistic differences between the nudes and the still life, as well as among the nudes, will be enjoyed by visitors.


Themes of Exhibition Masterpiece of Japanese Painting
Photography of the New Bauhaus: A Creative Laboratory Travels from Germany to America
A Collector’s Eye: SHIBAKAWA Terukichi and KAWAKATSU Kenichi
KOIDE Narashige and Nudes
[Outside] Outdoor Sculptures

Night Discount for Collection Gallery Adult: 220 yen
University student: 70 yen
*The Discounted admission is only available after 5 P.M. on Fridays
*Admission until 30 minutes before closing.