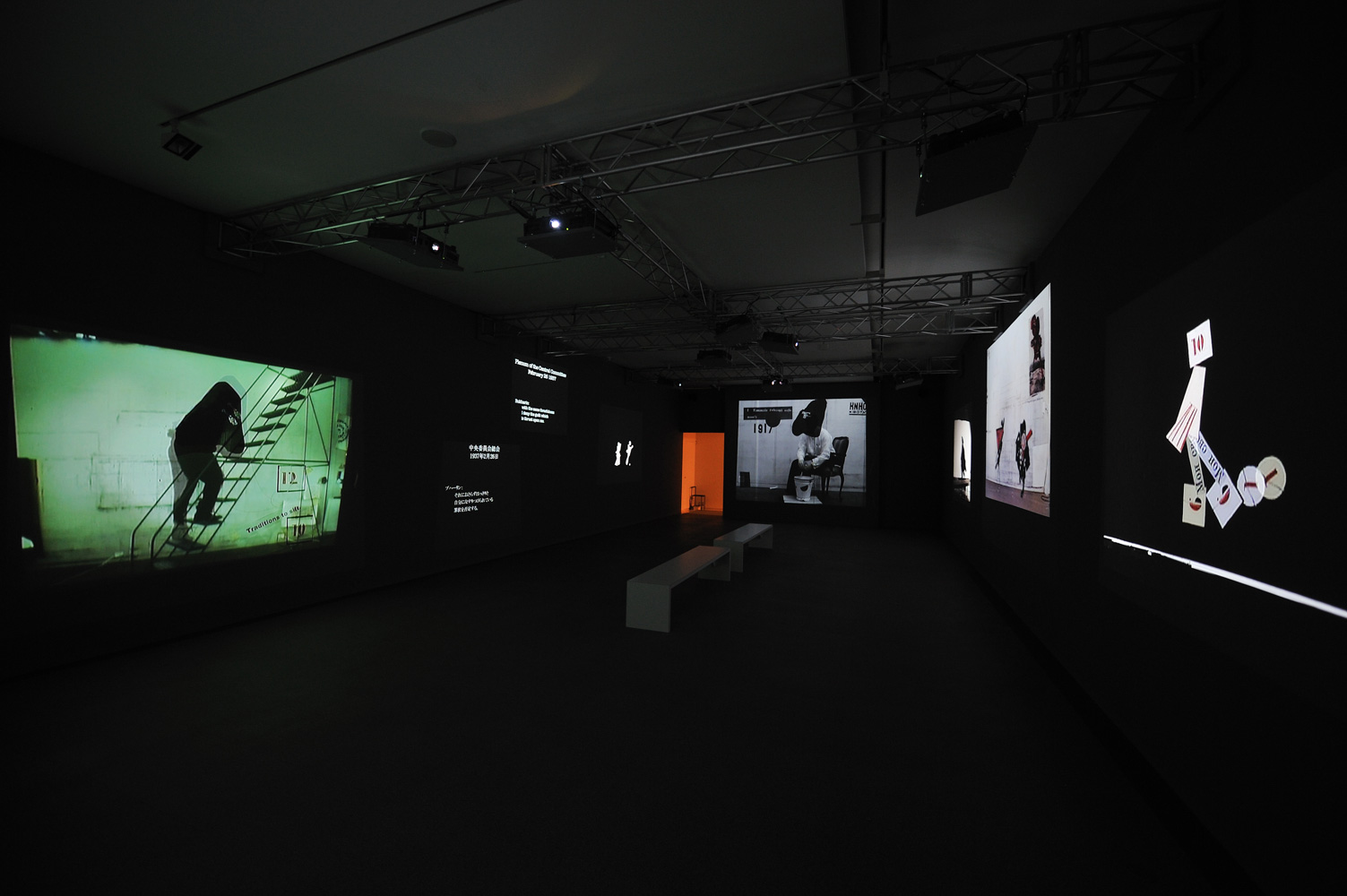 William Kentridge: I Am Not Me, The Horse Is Not Mine 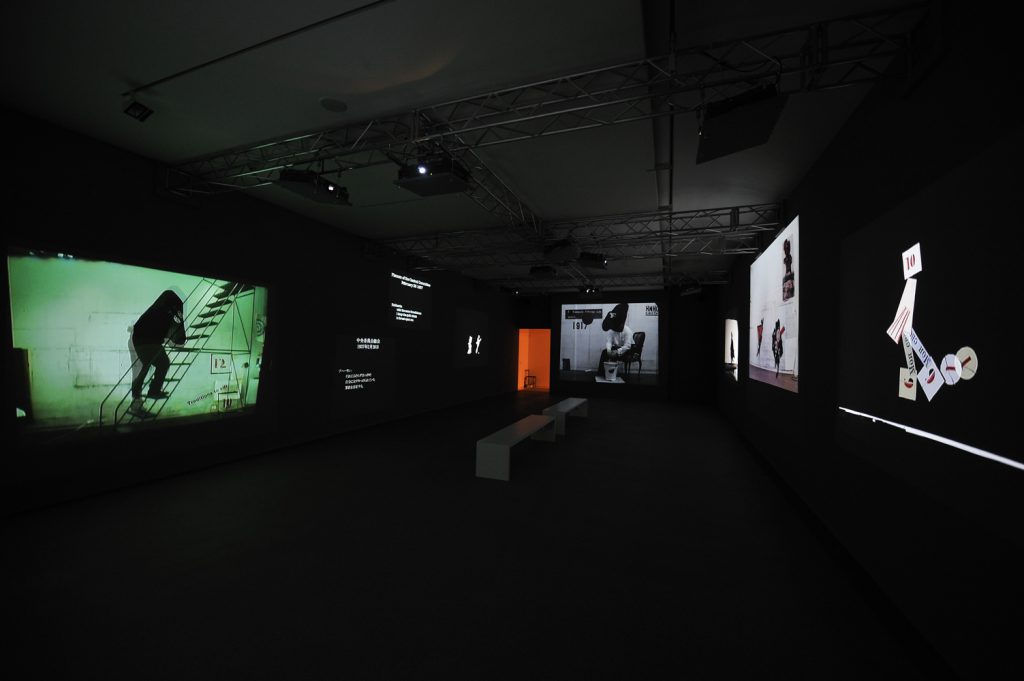 After studying political science at university, William Kentridge (born in Johannesburg, South Africa in 1955) produced stage dramas and films. In the late '80s, he began garnering attention for his stop-motion animated films composed of charcoal and pastel drawings. The acclaim for Kentridge's work, which grew out of South Africa's apartheid system and social conditions, reflects post-colonial views that emerged in the '90s as well as public sympathy and support for universal themes such as individual suffering in the face of absurd realities, human dignity, and the divided self. Eschewing storyboards, Kentridge repeatedly draws and erases his pictures, and in the process of shooting them frame by frame over an extended period, a story begins to emerge. These unique animated films have had a tremendous influence on younger artists working with moving images.

I Am Not Me, The Horse Is Not Mine is Kentridge's first exhibition at the museum since his large-scale solo show in 2009. It features an eight-screen installation that was made as part of the preparations for the artist's production of Shostakovich's opera The Nose (1930), based on a short story by Nikolai Gogol. The exhibition title is a common phrase used by Russian peasants to deny their guilt. It is derived from the minutes of a meeting held by the Central Committee of the Communist Party of the Soviet Union that dealt with the politician Nikolai Bukharin, who was a victim of Stalin's Great Purge. While employing the visual vocabulary of Russian Constructivism, Kentridge incorporates a host of elements into the work, including paper cutouts, film collages, dancing shadows, Soviet archive footage from the '20s and '30s, and quotations from political documents. Kentridge's eponymous lecture/performance, featuring an appearance and narration by the artist himself, shares themes with the absurd drama of Kovalyov and his nose. Among these are the divided self, the role reversal of ruler and ruled, and the collapse of the world order.

Japan has a four-season climate, and throughout history Japanese people have loved, sung the praises of, written about, and drawn and painted the beauty of each season. In this Nihonga (modern painting in the Japanese tradition) exhibit of works from the museum's collection, we present paintings depicting scenes from spring and early summer.

In Japan, spring in synonymous with cherry blossoms. Among the works shown here is Reluctant Farewell to the Parting Spring (from The Tale of Blind), by Morita Kohei, who specialized in narrative painting, based on Tanizaki Jun'ichiro's novel of the same name. Also featured are To Kyoto, also by Morita, expressing his feelings for his hometown; The Spring Breeze, Opens the Door, Namu Amida Butsu, a new acquisition whose title is a haiku composed in Uji, from Ikeda Yoson's famous Santoka series; Cherry Blossoms in Yoshino by the renowned flower-and-bird painter Nishimura Goun; and the flower-and-bird painting Cherry Blossoms in the Late Afternoon by Isoda Mataichiro, known for his posters advertising Miyako-odori, the celebrated dance marking the coming of spring in Kyoto. Enjoy a world overflowing with spring and early summer flowers in this medley of Japanese paintings, including those featuring cherry blossoms, those most beautiful and ephemeral of flowers. 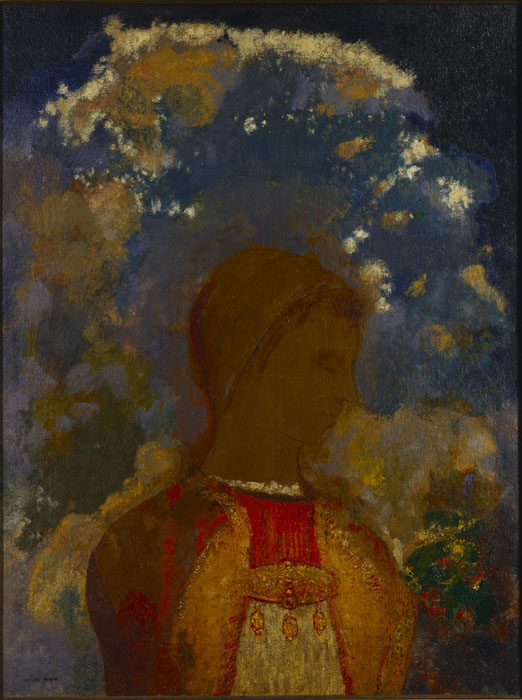 Since our establishment, while emphasizing crafts and Nihonga (modern painting in the Japanese tradition), The National Museum of Modern Art, Kyoto has also collected modern Western works, which played a crucial role in establishing the history of modern art. In 1978 the museum had the opportunity to acquire paintings by Pablo Picasso, Henri Matisse, and Piet Mondrian, and in 1987 collages by Kurt Schwitters, paintings by Max Ernst, and Readymades by Marcel Duchamp, in substantial quantities. Since then, while the number of acquisitions has not been large, we have obtained important works by the female Berlin Dadaist Hannah Höch, whose solo exhibition was held here in 1974; Buddha in Young Days by Odilon Redon, purchased in Europe by the Nihonga painter Tsuchida Bakusen; and a collection of modern graphic art from late 19th-century Vienna, on view until recently, all of which reflect the tone and approach of the museum's collection and acquisition activities. This track record of acquiring bodies of work that reflect particular eras can be regarded as a long-term art-historical project carried out by the museum, reflecting changes in trends among artists and changes in how they are viewed. This area features significant works of modern Western art from the museum's collection, along with works entrusted to the museum.

SUZUKI, Mutsumi , Large oval bowl with a container in silver maki-e inside, 1999

Until national government functions were transferred to Tokyo in 1870, Kyoto was for many centuries the capital and the cultural heart of Japan. After losing its role as the center of government, Kyoto underwent some changes in its collective identity. The position of "capital," which people had taken for granted for so long, was no longer a physical reality, but it endured among the city's people at a collective subconscious level, and this mentality was expressed in various ways in the visual arts. This is the history underlying the Kyoto of today, a modern city that carries on proud traditions.

This process of adaptation took place in the arts and crafts field as well. Kyoto is well known for various crafts such as ceramics, lacquerware, and textiles, which grew highly sophisticated while it was the capital. In the modern era, Kyoto's arts and crafts industry expanded beyond the traditional apprenticeship system with the establishment of various art and craft institutions for the modern era, including the ceramics design and research institute Yutoen, founded by Asai Chu and Kamisaka Sekka; Kyoshitsuen, an institute with a similar mission dedicated to lacquerware; the Kyoto City Ceramic Research Institute, later to become a national institution; and Kyoto Prefectural School of Painting (present-day Kyoto City University of Arts). A progressive mentality toward visual expression of the "capital" identity can be seen in various forms in design, technique and modeling. It can be said to uphold a tradition of elegance, derived from Kyoto's long-standing identity, rather than pursuing novelty for its own sake. This was a collective state of mind that endured in the postwar era, when crafts became increasingly detached from practical day-to-day use.

Here we present 32 pieces from the modern and contemporary era, selected from our extensive collection of Kyoto ceramics and lacquerware.

In the West, the watercolor genre predated the Renaissance, but it was in the early Meiji Era (1868-1912) that it arrived in Japan. The British artist and illustrator Charles Wirgman, who came to Japan in 1861, painted Japan's landscapes and people in watercolor and was a major influence on painters like Takahashi Yuichi and Tamura Soryu. At the Technical Fine Arts School, founded in 1876, the Italian painter and teacher Antonio Fontanesi taught watercolor as well as oil painting, and emphasized the importance of landscape painting outdoors. Among his students was Asai Chu, who along with other painters studying under Fontanesi enjoyed open-air painting and actively produced watercolor landscapes. Watercolor, which involved lightweight, easily transportable materials and light brushstrokes similar to haiga (the painterly equivalent of haiku), was a medium easily accessible for Japanese who loved ink wash landscape painting. Starting in the 1890s, when many excellent watercolor painters came to Japan from the UK, many painters began producing watercolors prolifically, and painters like Miyake Kokki specializing in watercolor appeared. Around the dawn of the 20th century, the medium became highly popular with the widespread availability of watercolor primers and specialized watercolor magazines. The craze subsided, but watercolor painting retains an unchallenged position as a friendly medium that invites ordinary people to express themselves through art.

In this area, we present modern Japanese watercolors from the museum's collection, with a focus on the students of Asai Chu.

Themes of Exhibition William Kentridge: I Am Not Me, The Horse Is Not Mine
Spring Scenes in Japanese-style Painting
Modern Masters in Western Art
Ceramic and Lacquer Works in Modern Kyoto
Waterolor Painting
[Outside] Outdoor Sculptures